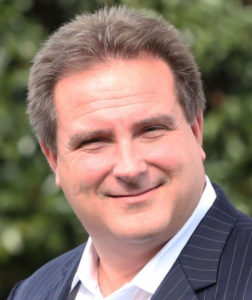 Winding down the best season of his career and coming in off the Churchill Downs’ fall title, trainer Mike Maker looks to add to his record 17 victories when the 2020 Claiming Crown returns to Gulfstream Park on Saturday, Dec. 5.

Maker has 11 horses spread among five of the nine stakes comprising the Claiming Crown, which serves as a Breeders’ Cup-style championship for the blue-collar horses that are the backbone of American racing.
The Claiming Crown stakes are run under starter-allowance conditions, restricted to horses who have competed for a designated claiming price or cheaper within a certain time frame. The Claiming Crown is a partnership between the National Horsemen’s Benevolent & Protective Association and the Thoroughbred Owners and Breeders Association. This is the event’s 22nd year and ninth straight at Gulfstream Park in Hallandale Beach, Fla.
Maker aims to improve on what already is his best season since leaving his job as an assistant trainer to D. Wayne Lukas to open his own stable in 2003. His horses have won a career-best 253 races (third in North America) and more than $13.47 million (fifth in North America) this year through Thursday. That includes Maker earning his third Breeders’ Cup victory with Three Diamonds Farm’s Fire At Will in the $1 million Juvenile Turf at Keeneland, one of the stable’s trio of Grade 1 winners in 2020, the others being Zulu Alpha in Gulfstream’s Pegasus World Cup Turf and Aquaphobia in Monmouth Park’s United Nations.
“I’m very happy, and hopefully we can add to it this weekend,” he said of his season.
Maker, who also won the Kentucky Downs’ 2020 training title, seeks to pad his 33 stakes victories this year (fourth in North America) in the Claiming Crown.
Headlining his contingent is Three Diamonds’ 5-year-old mare Jakarta, the 8-5 morning-line favorite in the $90,000 Claiming Crown Distaff Dash at five-eighths of a mile on turf. Jakarta won Gulfstream Park’s Powder Break Stakes last year and this year captured Kentucky Downs’ $100,000 Claiming Crown prep before finishing a close third behind multiple Grade 1 winner Got Stormy in Keeneland’s Grade 3 Buffalo Trace Franklin County.
Maker’s six entries by themselves would make a great betting race in the $95,000 Emerald, a 1 1/16-mile turf affair that attracted an overflow field. The six pack includes 2019 winner Muggsamatic, who was moved to his barn in the spring; 7-2 favorite Hieroglyphics, a winner of two straight in New York; Apreciado, third in last year’s W.L. McKnight (G3) at Gulfstream; Iowa-bred Artie’s Rumor, a winner in an Oct. 22 Keeneland allowance race in his first start after the $40,000 claim; Aqueduct’s 2019 Gio Ponti winner Temple, and Sniper Kitten. Owned by 16-time Claiming Crown-winning owners Ken and Sarah Ramsey, Sniper Kitten needs two defections in order to get in the 12-horse field.
The Maker Claiming Crown assembly also includes 3-1 second choice Unmoored and the stakes-placed Tiger Blood in the $90,000 Canterbury at five-eighths of a mile on turf; 7-2 second choice and recent $25,000 claim Long Blade in the $75,000, six-furlong Express; and Treasure Trove, claimed for $40,000 in his last start and the 7-2 second choice in the $150,000 Jewel at 1 1/8 miles.
“I think we’ve got a good group of horses,” Maker said. “Jakarta fits very well. Treasure Trove was claimed in Indiana with this spot in mind, with Jesus’ Team obviously the one to beat there. We’re tough in the Canterbury but Fiya looks awful tough. A lot of live chances as far the Emerald, but I don’t think they can separate any of our horses. I think it will come down to the trip.”
While owners such as Three Diamonds, Paradise Farms, David Staudacher, Michael Dubb, Ken and Sarah Ramsey, and Hooties Racing, Michael Hui and WSS Racing also compete at the top of the game, Maker says his clients really enjoy the Claiming Crown. The trainer said he claims a fair number of horses with not only the Claiming Crown in mind but also the lucrative prep races at Kentucky Downs.
“It’s a good way to finish off the year,” Maker said. “We’ve claimed a lot of horses, a lot of horses fit here, and we’ve had good success. It’s a great way to kick off the meet at Gulfstream. It’s been a lot of fun. When you claim a horse, you kind of figure out how to get out (investment-wise) and make money, and the Claiming Crown is one of the factors that always goes into the decision.”
Among other Claiming Crown highlights:
* Jesus’ Team is the 6-5 favorite in the Jewel, coming in off a second in the Breeders’ Cup Dirt Mile at 62-1 odds and third in the Preakness Stakes at 40-1.
* Sugar Fix, who gave rising star Saffie Joseph Jr. his first victory at Kentucky Downs in the track’s $100,000 Claiming Crown prep, drops out of graded-stakes company as the 2-1 favorite in the $95,000 Tiara for fillies and mares at 1 1/16 miles on turf.
* Brad Cox, a leading contender for Eclipse Award-winning trainer off a record-tying four Breeders’ Cup victories, vies for his first Claiming Crown victory with Frosty or Frippery, the 5-2 program choice in the $75,000 Kent Stirling Memorial Iron Horse at 1 1/16 miles.
* Eleven-time winner Liza Star, trained by Peter Walder, pursues a repeat in the $80,000 Glass Slipper for fillies and mares at a mile.
* The David Carlos-trained Krsto Skye, a close fourth in Pimlico’s Grade 3 DeFrancis Memorial and second in Gulfstream Park’s Grade 3 Smile in his last two starts, seeks a 14th career win as the Express’ 5-2 favorite.
* Miles Ahead, who is unbeaten in his five sprint races on fast dirt for trainer Eddie Plesa, is among the favorites in the wide-open $85,000 Rapid Transit at seven-eighths of a mile.
* The Tom Albertrani-trained 3-year-old Fiya, whose 4-for-4 record (all against older horses) this year includes the Maryland Million Turf Sprint, is 8-5 in the morning line for the Canterbury.
Total handle for the Claiming Crown has surpassed $10 million each of the past five years, topped by a record $13.8 million in 2019.
First post for Saturday’s 11-race program is noon ET.
2020-12-04T14:20:37-05:00